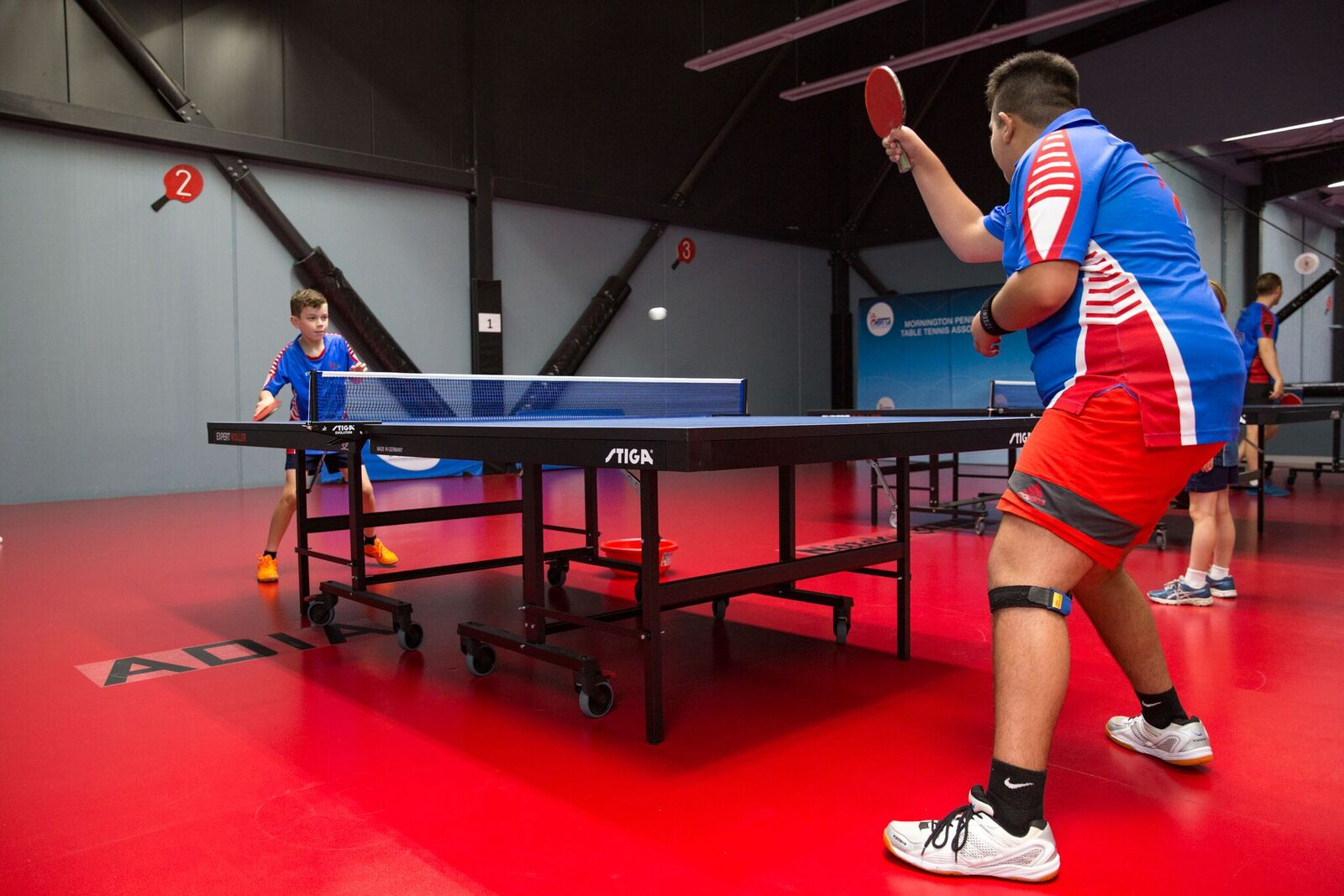 We welcome anyone wishing to play table tennis, either competitively or socially!Senior PennantThere are four competitive seasons each year, SUMMER, AUTUMN, WINTER, and SPRING.Players are graded and divided into grades or divisions of either 2 or 3 player teams. These teams play either Monday, Tuesday, Wednesday or Thursday evenings depending on the competition, (2 or 3 player) the grade allocated, and the number of entries received.Seasons consist of either 10 weeks plus finals to determine the winners of each grade.Some players elect only to be available as an emergency fill-in if required due to another’s absence. If you wish to be placed on the emergency list, simply contact the Club on 0498 003 788.

Closed ChampionshipsA closed championship is held each year to establish the top player in each grade. To be eligible to compete you must be a currently registered team member and/or have played in a team that year. Both singles and doubles are decided.Handicap TournamentsThese tournaments are open to players at any level of ability. Entry is on the night of play and new players will be graded by an official so they have the appropriate handicap according to their ability. At least three of these tournaments are held each year.

JuniorsA juniors competition is run on Friday evenings under the guidance of experienced adult players. There are three major pennant seasons each year and coaching is available. Parents are encouraged to watch their children and to play socially if tables are available.The junior competition is open to children and young adults 18 years and under. As with seniors, closed championships are conducted for juniors to establish the top players in their grades. The session is normally conducted, from 7.00pm (for those who want to have a practice) to 9.30 pm with actual competition starting at 7.30pm. This is subject to change depending on numbers involved.Daytime SessionsSocial table tennis is played by groups of seniors or semi-retirees every morning during the week. For further information contact the Stadium on 0498 003 788.Country week championshipsIn June each year TTV conducts the Country Week Championships over the Queens Birthday weekend at M.S.A.C. Aughtie Drive, Albert Park.As we are defined as a Country Association we enter several teams for two and a half days of intense competition and enjoyment, and reuniting with old friends.A great way to improve your game and catch up with fellow players from all over Victoria.

How to find us